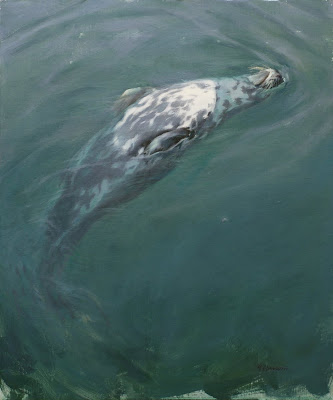 Yes... This one is closely related to John E Millais' painting of the character 'Ophelia' in Shakespeare's play. But in this case, it's the seal world and 'Osealia' that I've chosen to paint. The painting is going to and the show celebrating the 50th Anniversary of the Cape Cod National Seashore's establishment by then President Kennedy. This is a Grey Seal, at one time hunted heavily, even with a bounty on it's head due to it's like of the same fish that we like, but is now doing quite well. Especially along the Cape Cod shoreline, in large part due to this Act and the CC National Seashore. Watching these large animals, 10-12 feet, playing in the water, gliding on their backs and always with those large lonesome eyes starring back at you, made me think that this one on it's back was nearly just like 'Ophelia' in Millais' painting. I had some fun with it. 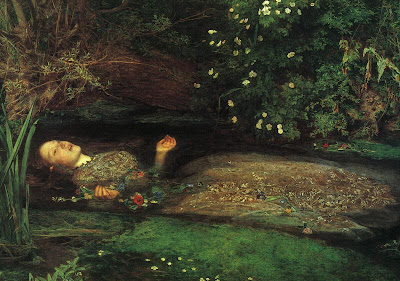 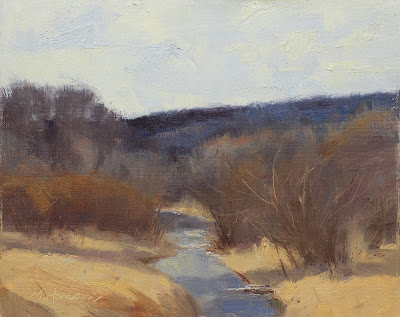 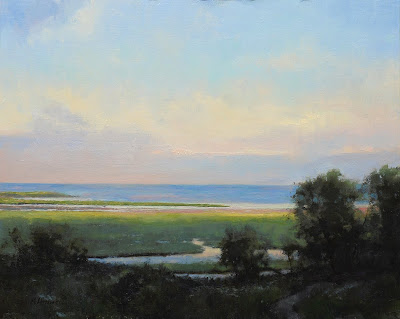 This is a painting that is going to be submitted to a show being held at Addison Gallery in Orleans, MA in July.

"Inspired by the Cape Cod National Seashore
"A man may stand there and put all America behind him."
— Henry David Thoreau

This juried show celebrates the 50th Anniversary of one of our nation's jewels, the magnificence of the natural Cape Cod."
Posted by Marc R. Hanson at 6:00 PM 4 comments: 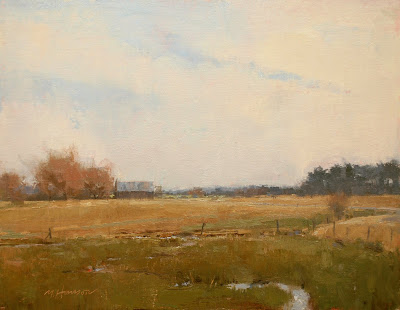 "Peepers and Cranes" - Oil - 11x14 © 2011 Marc R. Hanson
Finally around long enough to head outside and paint. I've been on the road for about the last 3 weeks, first to Charleston, SC for Wet Paint, back to unpack and then pack, then off to Scottsdale, AZ to teach a five day workshop at the Scottsdale Artists School. I'm heading back out now for some afternoon painting but will get a blog post together soon with some images from Charleston and Scottsdale.
The frogs and birds are all out celebrating... so am I. Happy Spring!!!
Posted by Marc R. Hanson at 1:54 PM 11 comments: