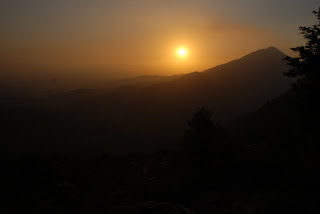 I’ve just returned from my first journey to the African continent, Cape Town, South Africa to be specific. A couple of months ago a friend of mine, Kim Myerson who is a painter and a native of Cape Town, suggested that I might want to come there to see the landscape and to do some painting. Kim is back to her native country and city after training in Florence, Italy at Angel Academy and Cecil Studios and is taking on and teaching students the methods of academic drawing and painting that she learned at those academies. Her suggestion also included the idea of coming to Cape Town to do a landscape painting workshop for the many painters who are living there without a lot of instruction in the type of painting that I do available. 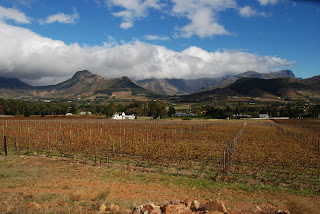 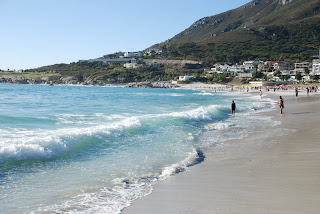 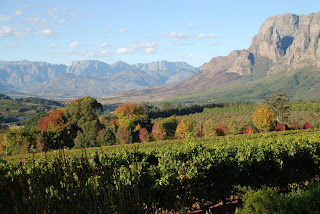 Having a couple of weeks or so in between my other teaching and show obligations, I decided that the 8000 mile trip to Africa would be just what I needed. So on April 29th I climbed on board a Delta A-330 for the first 9 hour leg of a 21 hour flight that would take me to Amsterdam where the second leg of 12 hours would eventually set me down in what I quickly discovered is one of the most beautiful landscapes on the planet. My 16 days to explore seemed endless at the time. 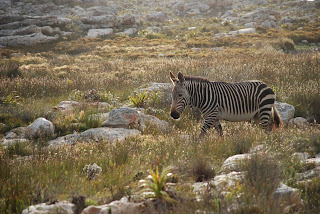 Africa has always held a huge amount of mystery for me, from the books I’ve read, the movies I’ve seen including so many documentaries about it’s wild side, to artists like Bob Kuhn and Wilhelm Kuhnert who continuously inspired and made me jealous with their adventures to Africa, and who have shown it’s magnificence in their work. 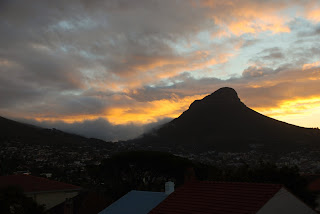 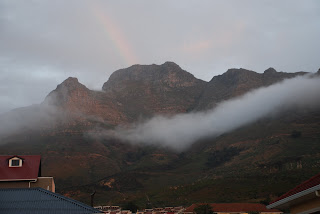 But… until the morning of May 1, 2011 when I looked out the back door and onto Table Mountain and Lion’s Head, two prominent mountain formations in the heart of Cape Town that I could see from the balcony, I had no idea what I was in for in this land far away from my own state of Minnesota, USA. 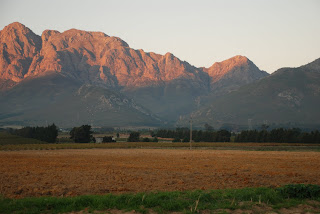 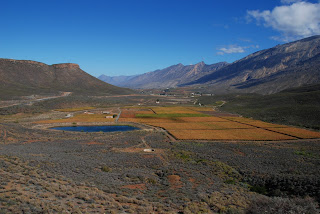 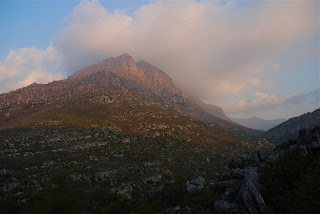 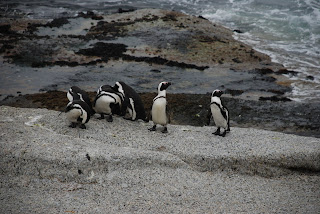 I came to Cape Town armed with pounds of painting supplies, ready to paint like crazy. After a day of jet lag rest, I did paint a piece from the balcony of Kim’s studio while she was teaching students for the morning. From that point on, the painting was rare. Every day we would head out to see sections of Cape Town from the more developed beach areas near the city and the harbor, to the inland vistas of vineyards bordered by huge mountain ranges and valleys , to the quaint little towns with the Dutch/African architecture shops and galleries, and also to many of the wilder places like Table Mountain National Park (formerly Cape Peninsula Park) where I saw Cape Mountain Zebra, Cape Ostrich, Eland, Bontebok, and many other animals and birds. Everywhere we drove there was a drama to the land and in the skies that was breathtakingly beautiful and magnetic. The joke quickly became that we might want to write a book about “How to load your painting gear and not use it!” 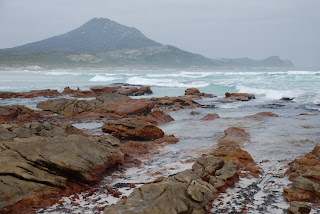 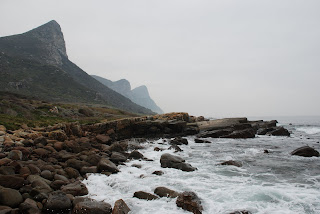 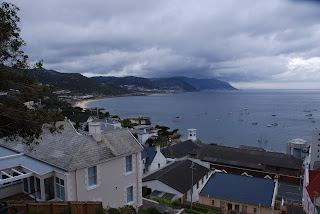 What was really happening however, was the realization that there was so much to see that spending time setting up and painting on this trip, meant that I would miss out on the full palette of visual treats that this country had in store. I resigned myself to be comfortable with that and to explore as much of it as Kim and my time would allow me to. I am grateful for that and would have been more disappointed if I had come home on May 17th with a bunch paintings but not the 1200 or so photos reminding me of the variety and spectacular drama of the locations that we did see. Now I know what and where I’ll be painting when I return. 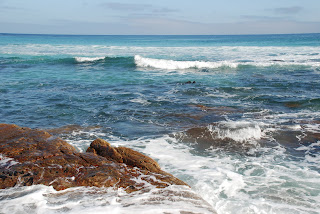 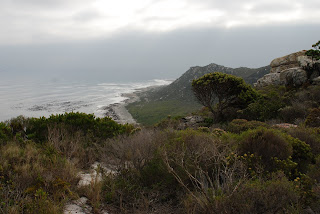 The amazing thing about this area of South Africa is the incredible variety in the type of landscape to see and to paint. Within an hour or two you can be on the Atlantic Coast side or on the Indian Ocean Coast. Both of these environments affect the land and the climate in different ways and make the landscape one of a constantly changing arrangement of sky and terra firma. The dramatic, quickly elevating slopes of the mountain ranges surrounding Cape Town, direct the temperature and air currents directly into the path of the ocean moisture laden winds; that mix provides the ingredients for skies that are in constant flux, changing by the hour. As a landscape painter this is like a gold mine. The visual feast that this combination cooks up is irresistible, it’s eye candy of the sweetest kind. 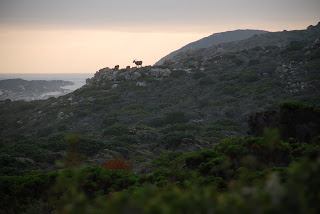 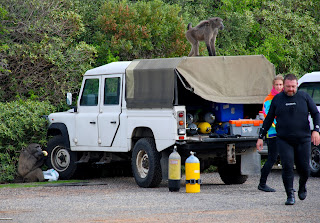 What the trip did do was show me a place that I will be back to in short time. Sometimes as painters there is a life changing experience that alters what our work is all about. I think that this trip to the southern end of Africa, it’s people, it’s culture and it’s beauty is one of those for me. I don’t know what it all means to me as a person or artist yet, but I know that it has great meaning for my future. 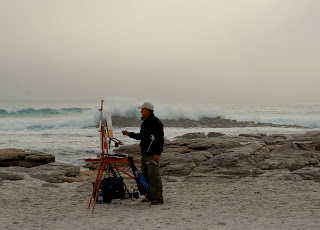 The best way for me to share my experience is visually. I painted only about 6 pieces but as you can see I found the inspiration in Cape Town that fueled my Art Spirit and will for a long time to come. In the end, I needed 16 months more than the 16 days I had.

Here are the paintings from the trip... I carried pre-cut pieces of linen rolled onto a stiff cardboard tube to prevent damage. They had a border drawn out on them to my preferred sizes which I used as a guide when taping them down onto a piece of Gatorboard with 1" masking tape. I also used W&N's Drying Linseed Oil to be sure that they were dry enough to roll back up and fly home with. They did dry but I added a precautionary piece of Wax Paper inbetween each one for insurance against damage. It worked beautifully. Now they'll be mounted onto prepared gator foam or hardboard with an archival glue. These are staying with me until I've had a chance to use them as possible reference for some larger paintings in the studio. 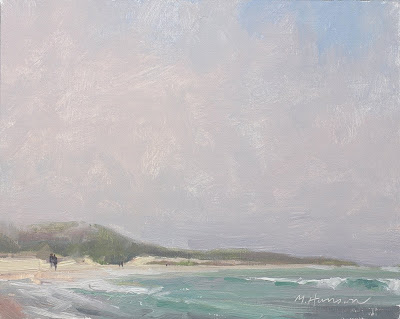 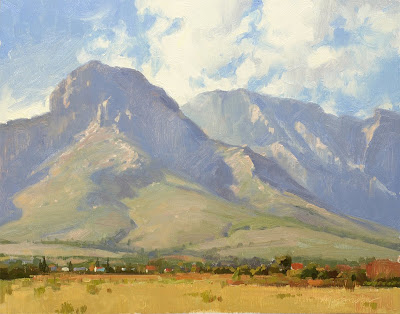 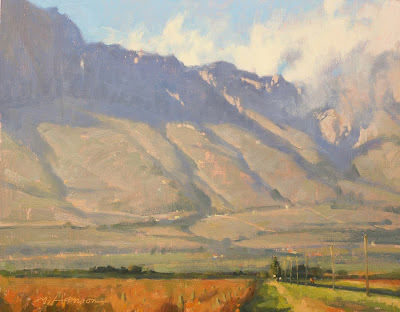 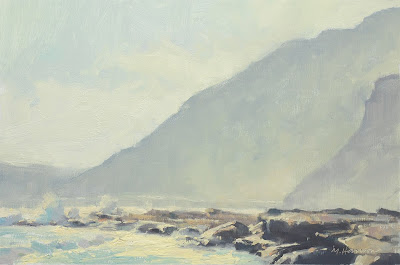